We are preparing for Valentine party that we are hosting next weekend with family cousins… So as we are making the favors I felt like making some decorations for the home — can you believe February is here… I saw this Martha Stewart idea on Pinterest and felt the need to try it since we have tons of windows in our home.  Check it out here.

Step 1 – Get some wax paper and fold so have two halves… Using our broken crayons and an old pencil sharper make shavings to remain on one half.  I crinkled up the shavings for I thought it would work better but from the images on the tutorial it doesn’t matter.  I let the girls make the shavings which they had fun watching a crayon stump turn into a pencil lead 🙂 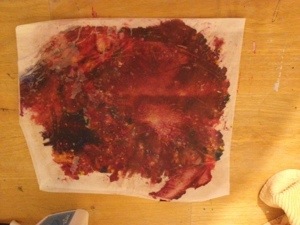 Step 2 – Once you have shavings evenly distributed fold over the other half of the wax paper and fold in the sides.  It’s as if you have a sealed package.  The tutorial encourages you to put it enclosed in kraft paper to prevent the melted crayons spilling — Yeah we didn’t do that so have crayon wax on my table 🙂  You iron with medium heat until the shavings melt. 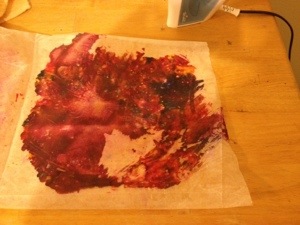 Step 3 – Let it cool.  Now I couldn’t quite make out if I was to pull the other half off or not so I did… I’m going to assume since some shavings started to peel off I wasn’t suppose to touch it.  Draw random hearts and cut them out.

You can decide what you want to do with them — the tutorial suggests stranding them with string and tie to a window… I reckon we will do that OR make a collage to tape to the window.

Try it out and let me know how it goes!

I’m currently a participant of the @sanitationfoundation Zero Waste Academy 2nd cohort.
Motivational quote for this week is in honor of #compostawarenessweek
As you know the theme for 2022 Earth Day was “Invest in Our Planet”. Thought would share actions one can make specifically for food waste.
Earth Day focused #mondaymotivation quote.
Yesterday I got the opportunity to attend an informative and powerful environmental justice summit hosted by @columbiaclimate.
A little motivation from @dollyparton. Love these words she expressed in recent National Geographic article.