So my coursework has finally taken over… I thought it would of happened later but only one week of classes and SLAMMED with assignments. Ironically I’ve only been working on one assignment ALL day…

So I whipped up three new items this week… 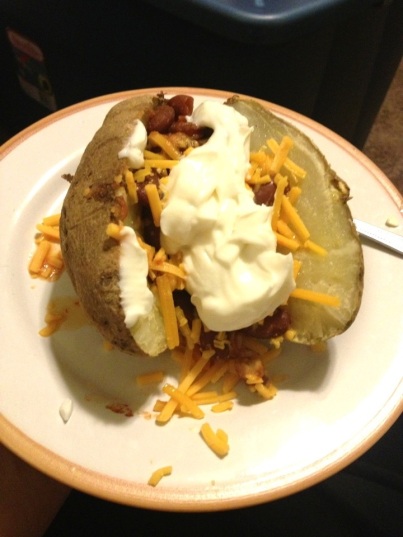 1. Chili Beans Stuffed Potatoes – I seen a recipe about tex-mex potatoes with beef BUT I don’t really eat meat so modified it. I took some kidney beans I had soaked and cooked earlier heated them up with chili powder, salt, and some cumin. Once the baked potatoes were ready I topped them with the beans, shredded cheddar cheese, and sour cream. It definitely an easy meal to make after a busy day which you can prepare in advance.

2. Apple Cinnamon Strata — stole recipe from Rachel Ray BUT reduced it for my family of three by halving every ingredient. I also didn’t let it sit overnight in the refrigerator for I totally forgot I had to so it sat for about 2 hours. The girls quickly asked for seconds so I’d say this was a success and something I’ll remake for breakfast/brunch… just have to be aware when cinnamon raisin bread is on sale or try it with regular wheat bread and add extra raisins. 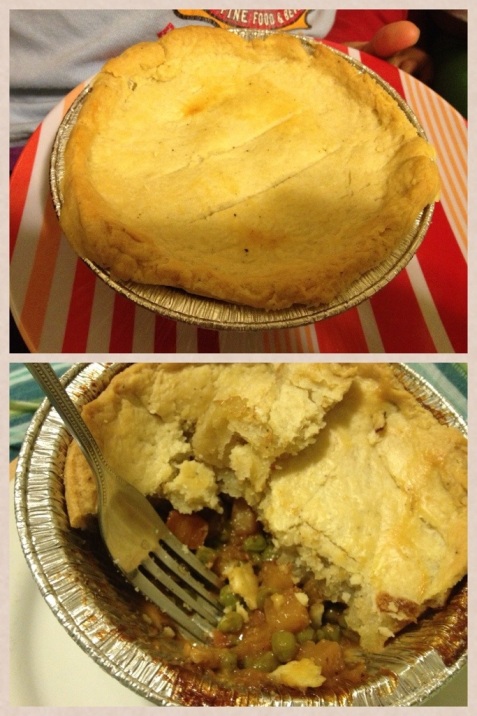 3. Individual Pot Pies that I got from All You magazine. Hmmm even though the crust turned out okay it wasn’t easy to make and I think it was a tad to thick. I did reduce the recipe for 3 individual pie pans so I wonder if that affected the crust, and I didn’t put any mushrooms or onions in since my oldest doesn’t like them. The girls ate most of their pies which tells me they liked it and I’ll have to make them again BUT it will have to be on a weekend for it takes time to whip together on a school night.

So what have you been cooking? Potential recipes for the week are oven pancakes, glazed salmon, and a taco variation.

Now back to my homework..
Maranda

Hello December!
Saw this the other day and thought it would be fitting for a #motivationmonday post. Can only hope it provides gifting options for you to consider this winter holiday season.
Hip Hip Hooray my oldest is officially 17 today!
#mondaymotivation is a reminder #repost from @ecoinprogress
Sharing key environmental dates and challenges taking place this month.
Tomorrow (October 17) marks one full year of EcoBronx doing pop-up/farmer’s markets!